I observe the peculiar steel-bluish purple of the night-shade, i., e., the tips of the twigs, while all beneath is green, dotted with bright berries over the water.

When I look at the stars, nothing which the astronomers have said attaches to them, they are so simple and remote. Their knowledge is felt to be all terrestrial, and to concern the earth alone. This suggests that the same is the case with every object, however, familiar; our so-called knowledge of it is equally vulgar and remote. One might say that all views through a telescope or microscope were purely visionary, for it is only by his eye, and not by any other sense, not by the whole man, that the beholder is there where he is presumed to be. It is a disruptive mode of viewing so far as the beholder is concerned. 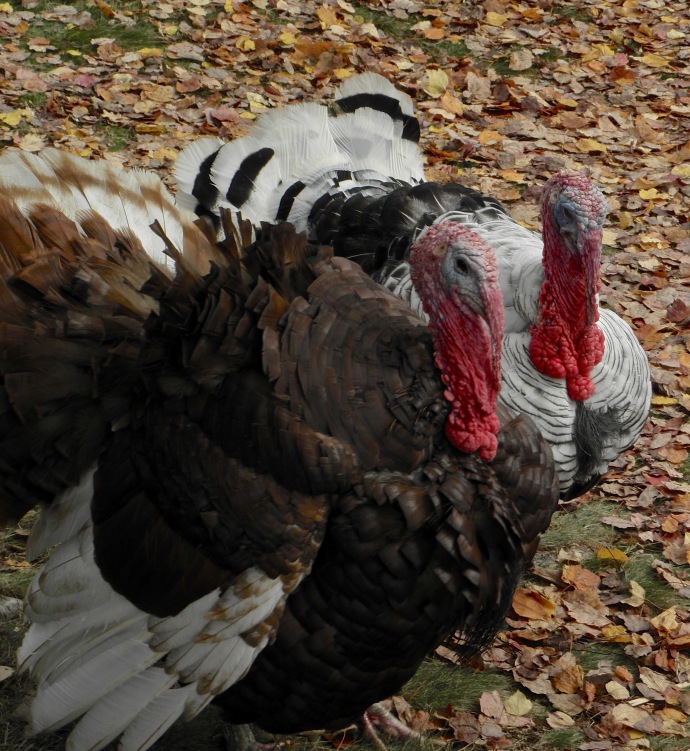 They say that this has been a good year to raise turkeys it has been so dry. So that we shall have something to be thankful for.

As I sit there, I see the shadow of a hawk flying above and behind me. I think I see more hawks nowadays…I need only sit still a few minutes on any spot which overlooks the river meadows before I see some black circling mote beating along the meadow’s edge, now lost for a moment as it turns edgewise in a peculiar light, now reappearing farther or nearer.

The large ferns are yellow or brown now. 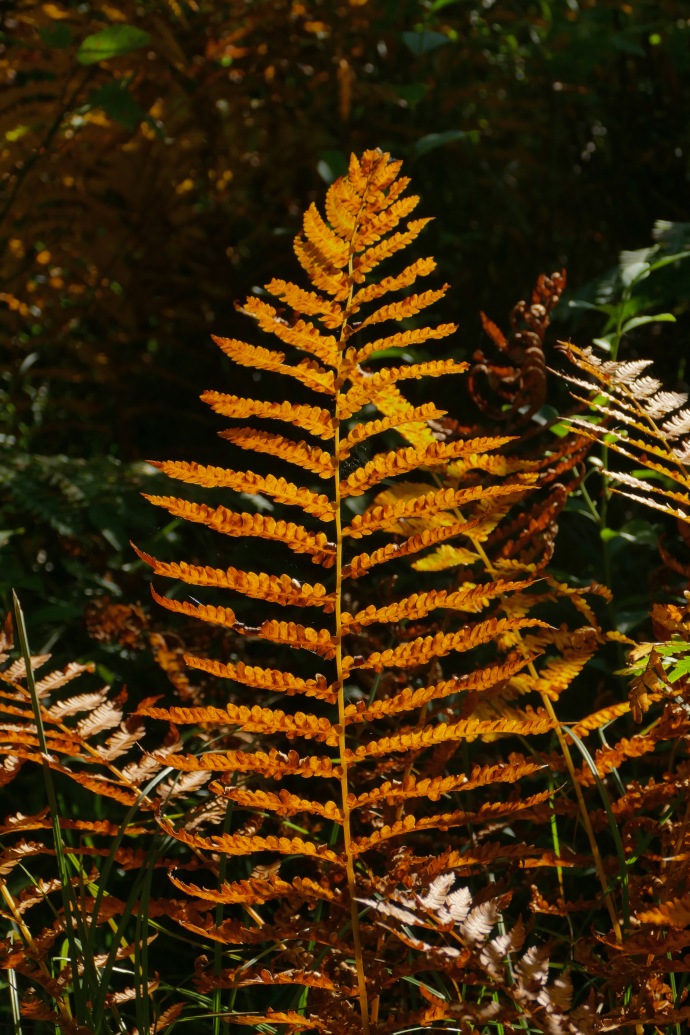 I suspect that I know on what the brilliancy of the autumnal tints will depend. On the greater or less drought of the summer. If the drought has been uncommonly severe, as this year, I should think it would so far destroy the vitality of the leaf that it would attain only to a dull, dead color in autumn; that to be brilliant in autumn, the plant should be full of sap and vigor to the last.

In Cohush swamp the sumac leaves have turned a very deep red, but have not lost their fragrance.

The sumacs are among the reddest leaves at present.

& the red drooping barberries sparkle amid the leaves…

the forests have a singularly rounded & bowery look clothing the hills quite down to the water’s edge & leaving no shore; the Ponds are like drops of dew amid and partly covering the leaves. So the great globe is luxuriously crowded without margin.

The maples begin to be ripe. How beautiful when a whole maple on the edge of a swamp is like one great scarlet fruit––full of ripe juices–– A sign of the ripening––every leaf from lowest limb to topmost spire-is a-glow. 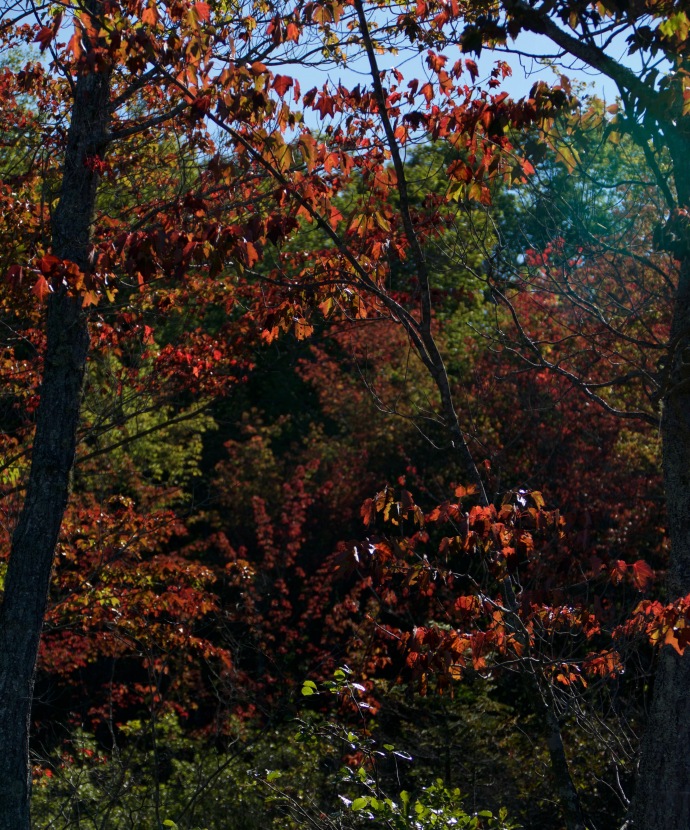 The flattened black berries of the cucumber root––with the triangular bases of its leaves tinged red beneath as a sort of cup for them.

Not a fish can leap or an insect fall on it but it is reported in lines of beauty—in circling dimples—as it were the constant welling up of its fountain—the gentle pulsing of its life—the heaving of its breast.

The thrills of joy & those of pain are indistinguishable. How sweet the phenomena of the lake—! Everything that moves on its surface produces a sparkle. The peaceful Pond!

The soapwort gentian cheers & surprises with solid bulbs of blue from the shade—the stale grown purplish.

It abounds along the river—after so much has been mown.

The Prinos berries now quite red. How densely they cover the bushes!

very handsome contrasting with the leaves.

[in Maine] ….we heard faintly from far down the stream what sounded like 2 strokes of a woodchopper’s axe echoing faintly and dully through the grim solitude & silence— When we told Joe of this he exclaimed “By George, Ill bet that was moose They make a sound like that.” 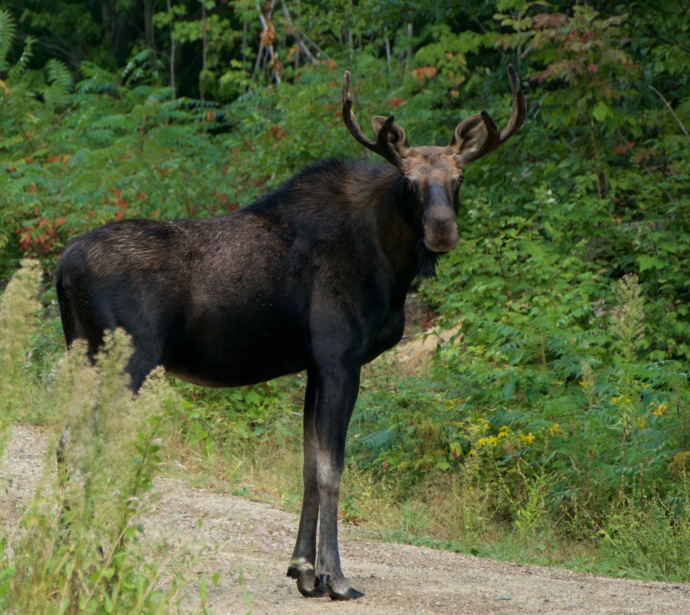 These sounds affected us strangely, and by their very resemblance to the stroke of an axe where they probably had so different an origin enchanted the impression of solitude & wildness.

Ice in the pail under the pump—& quite a frost.

The chalices of the Rhexia Virginia Deer Grass or Meadow Beauty are literally little reddish chalices now—though many still have petals.

How earnestly and rapidly each creature, each flower, is fulfilling its part while its day lasts! Nature never lost a day, nor a moment. 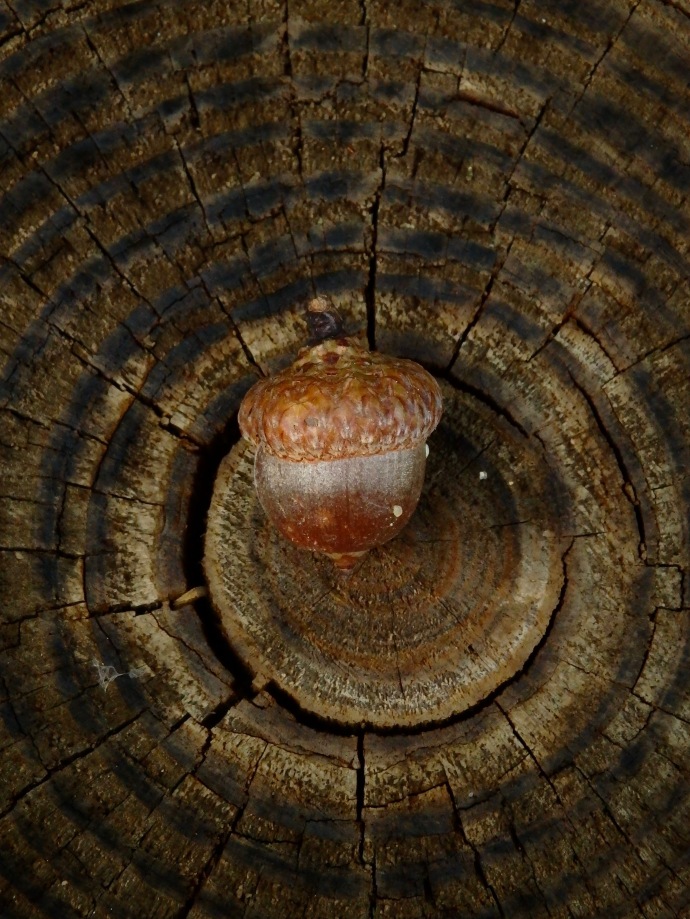 As the planet in its orbit and around its axis, so do the seasons, so does time, revolve, with a rapidity inconceivable.

This is the season of fogs.

The purple gerardia and blue curls are interesting for their petals strewn about—beaten down by the rain— Many a brook I look into is strewn with the purple petals of the gerardia whose stalk is not obvious in the bank.