Elizabeth Hoar shows me the following plants which she brought from the Wht Mts the 16th ult. Chiogenes hispidula creeping snow-berry also called Gaultheria & also vaccinia hispidula—in fruit.  —  with a partridge berry scent & taste. Taxus Canadensis Ground hemlock with red cup shaped berries very handsome & remarkably like wax or red marble. Planthera orbiculata remarkable for its watery shining leaves fast on the ground while its spike of flowers rises perpendicular—suggesting as she said respose & steadiness amid the prostrate trunks—& you could not avoid seeing it any more than a child in blossom. Oxallis acetosella in blossom. Arenaria Groenlandica also in bloom in tufts like houstonia. Lonicera ciliata probably with a double red fruit. 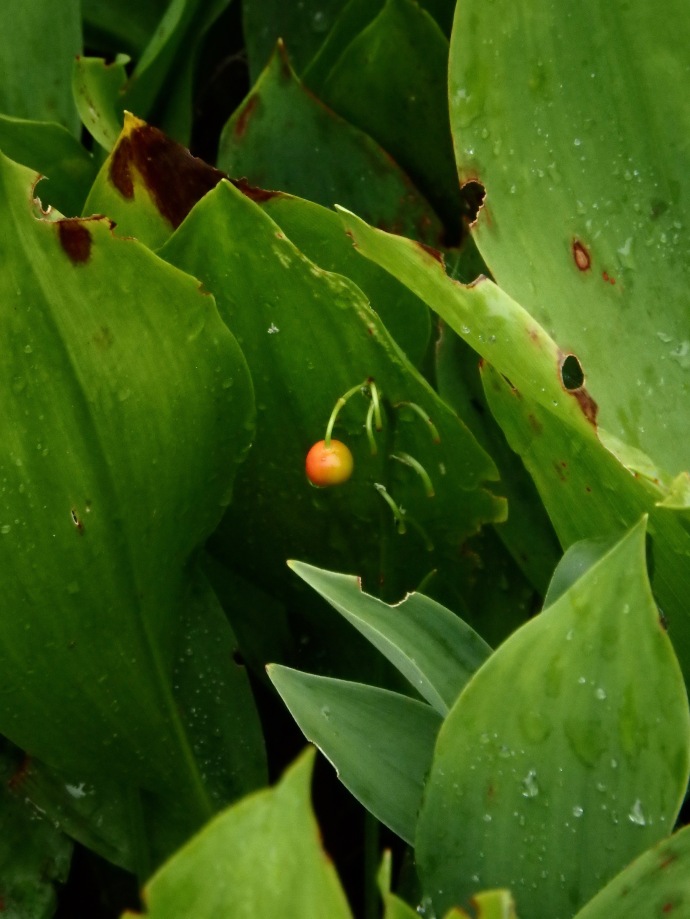 She also brought Lichens & mosses & convallaria berries which she gathered at the flume in Franconia—the latter red ripe hanging from the axils of the leaves—affected me—reminding me of the progress of autumn in the north—& the other two were a very fit importation still dripping with the moisture the water of the flume. It carries you indeed into the primitive wood. To think how in those wild woods now hang these wild berries in grim solitude as of yore—already scenting their autumn— A thousand years ago this convallaria growing there—its berries turning red as now & leaves acquiring an autumnal tint.