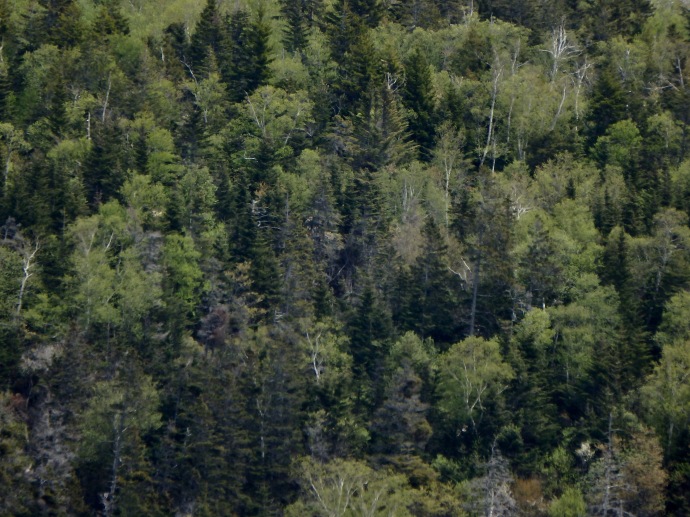 In the case of the early aspen you could almost see the leaves expand and acquire a darker green––this to be said the 12th or 13th or 14th––under the influence of the sun and genial atmosphere. Now they are only as big as a nine pence, to-morrow or sooner they are as big as a pistareen, and the next day they are as big as a dollar. This from its far greater prevalence than the aspens, balm-of-Gilead, white maples, etc., is the first to give the woodlands anywhere generally a (fresh) green aspect. It is the first to clothe large tracts of deciduous woodlands with green, and perchance it marks an epoch in the season, the transition decidedly and generally from bare twigs to leaves. When the birches have put on their green sacks, then a new season has come. The light reflected from their tender yellowish green is like sunlight.