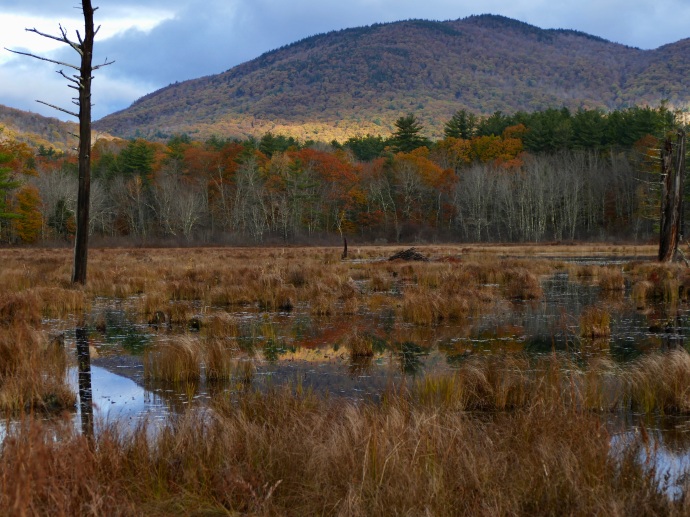 October has been the month of Aut. tints. The 1st of the month the tints began to be more general—at which time the frosts began. Though there were scattered brights tints long before—but not till then did the forest begin to be painted. By the end of the month the leaves will either have fallen or be sered & turned brown by the frosts—for the most part….